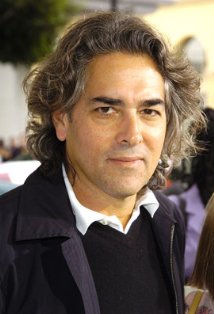 Glazer was born in Key Biscayne, Florida and was raised in Miami, the son of Leonard and Zelda Glazer, an English teacher. Glazer is a relative of the musicians Sidney Glazier and Tom Glazer. He attended Miami Beach High School. He attended Clark University before transferring to NYU.

Before becoming a screenwriter, he wrote for the music publications Rolling Stone magazine and Crawdaddy! in the late 1970s, where he met and befriended the rock music journalist Timothy White.

He collaborated with friend and writing partner Michael O'Donoghue on several projects. They wrote the film Mr. Mike's Mondo Video (1979). Mondo Video was a spoof of the controversial 1962 documentary Mondo Cane, showing people doing weird stunts. It was originally produced for the National Broadcasting Corporation (NBC) network, who had been working with O'Donoghue on the sketch comedy series Saturday Night Live. NBC canceled Mondo Video and it was picked up by New Line Cinema. Glazer wrote a sketch for Saturday Night Live in 1981.

Glazer and O'Donoghue co-wrote the holiday comedy Scrooged (1988), starring Bill Murray. The film was a box office success making $60 million in takings for a $32 million budget. However, O'Donoghue felt that the screenplay as written was superior to the finished film. The film was a modernization of Charles Dicken's A Christmas Carol.

Glazer wrote the film Off and Running (1991). It was directed by Ed Bianchi, who would collaborate with Glazer again as a Co-Executive Producer for Magic City. The comedy film starred singer Cyndi Lauper as the star of a mermaid themed lounge act who is embroiled in the murder of her lover, a gambler with ties to organized crime. It was not widely released but was popular in the home video market.

He wrote a draft of the screenplay for the film Three of Hearts (1993). He based his work on a story and earlier draft by Adam Greenman. The story involves an unusual love triangle: a straight gigolo (played by Adam Baldwin), his lesbian best friend (Kelly Lynch), and her former lover, an attractive bisexual woman (Sherilyn Fenn). The film made $5.4 million at the box office. Glazer and Lynch married while the film was in production in 1992. Lynch guest stars in Magic City as Meg Bannock.

He wrote the screenplay for the film Great Expectations. The film was based on the Charles Dickens novel of the same name, Glazer's second Dickensian project. David Mamet and the film's director Alfonso Cuaron also wrote uncredited drafts for the project. It grossed $55 million worldwide but received mixed reviews.

He co-wrote the film The Recruit (2003) with Roger Towne and Kurt Wimmer. The film starred Colin Farrel as a new recruit to the Central Intelligence Agency and Al Pacino as his mentor. It received mixed reviews but grossed $110 million dollars.

He wrote and directed the film Passion Play (2010). The film starred Mickey Rourke as a musician who forms a relationship with a winged circus performer (Megan Fox) after an attempt is made on his life. The film was a box office disaster. Based on a budget of $15 million, Passion Play brought less than $4,000 in ticket sales.

He is the creator of Magic City. He sold the concept to the Starz network and wrote the series pilot. He is an Executive Producer and the series show runner. He wrote all eight of the first season episodes.

He married Wendie Malick in 1982. They divorced in 1989. He then married Kelly Lynch in 1992. Glazer legally adopted Lynch's daughter Shane. Glazer and Lynch own two modern architectural homes in California: one by John Lautner in the Hollywood Hills and the other by Richard Neutra in Lone Pine, California. In 2007, Glazer and Lynch, were named as one of Vanity Fair's best-dressed couples. Lynch guest stars in Magic City as Meg Bannock.

Retrieved from "https://magiccity.fandom.com/wiki/Mitch_Glazer?oldid=4714"
Community content is available under CC-BY-SA unless otherwise noted.