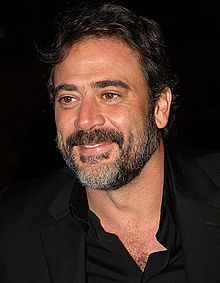 Jeffrey Dean Morgan is an American actor who plays Ike Evans on Magic City. He played basketball throughout high school and university, and didn't get his start in acting until he helped a friend move to California. Morgan has mostly acted on television aside from his first job, a role in the movie Uncaged in 1991. He has since been on shows like ER, Monk, The OC and Walker, Texas Ranger.

JEFFREY DEAN MORGAN’S charisma, undeniable charm and versatility have landed him a variety of prestigious films working alongside a number of award-winning actors and filmmakers. Having worked nonstop in back-to-back features the past few years, Morgan has captured the attention of Hollywood and has emerged as one of the industry‘s most sought-after leading men. This year, audiences will see Morgan star in two films – Peace, Love & Misunderstanding and The Possession, he will shoot two films – The Devil and the Deep Blue Sea and The Rut and he will star as hotel owner Ike Evans in the new Starz series Magic City which will premiere April 6. Peace Love and Understanding is the story of a conservative New York City lawyer who takes her two teenagers to visit her estranged hippie mother after her husband asks her for a divorce. The film is directed by Bruce Beresford and co-stars Catherine Keener, Jane Fonda and Elizabeth Olsen. The Possession centers on a recently divorced father whose youngest daughter becomes strangely connected to an antique wooden box that the two purchase at a yard sale. The film, which is produced by Sam Raimi, also stars Kyra Sedgwick. The Devil and the Deep Blue Sea is the story of a man unable to reconcile the grief from recently losing his wife who befriends a young girl and agrees to help her build a raft to cross the Atlantic. The film also stars Chloe Moretz and Jessica Biel. The Rut centers on a young girl who, in order to win the approval of her father, surrounds herself with danger and adventure as she journeys into the wilderness alone to hunt deer. Also, upcoming is MGM/UA‘s reboot of the 1984 action movie Red Dawn which features a group of teenagers who form an insurgency, called the Wolverines, when Chinese and Russian soldiers invade their town. Most recently Morgan starred in the murder mystery The Texas Killing Fields. In the film, which is based on a true story, Morgan portrays a detective transplanted from New York who teams with a local investigator to solve a murder. The film, directed by Ami Canaan Mann and produced by Michael Mann, also stars Sam Worthington, Chloe Moretz and Jessica Chastain. Prior to that, Morgan starred in the Warner Bros. film Watchmen, for director Zack Snyder which was an adaptation of the iconic graphic novel. Morgan played the pivotal role of Edward Blake/The Comedian, a Vietnam vet who is a member of a group of heroes called the Minutemen. Morgan also starred in The Losers, an adaptation of DC-Vertigo‘s acclaimed comic book series about a band of black ops commandos who are set up to be killed by their own government. The film was produced by Joel Silver and directed by Sylvain White. Morgan‘s additional film credits include Ang Lee‘s film Taking Woodstock, The Accidental Husband alongside Uma Thurman, a cameo role alongside Rachel Weisz in the comedy Fred Claus, and the independent office comedy Kabluey, in which he played a charismatic yet smarmy co-worker to Lisa Kudrow‘s character. Morgan endeared himself to audiences with his recurring role on the ABC hit series Grey‘s Anatomy. His dramatic arc as heart patient Denny Duquette, who wins the heart of intern Izzie Stevens in a star-crossed romance made him a universal fan favorite. He also had a recurring role in the Showtime‘s award-winning comedy series, Weeds.[1]

Retrieved from "https://magiccity.fandom.com/wiki/Jeffrey_Dean_Morgan?oldid=4062"
Community content is available under CC-BY-SA unless otherwise noted.