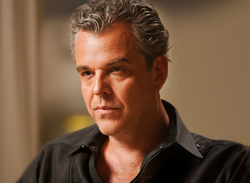 Ben Diamond (Danny Huston) is the head honcho of the Miami mob. He is also a silent investor of the Miramar Playa Hotel. He is married to the young and beautiful Lily Diamond, but his two wives before her died in surgery while he was watching. He has been known as "The Butcher" and murders without any second thought.

Ben Diamond is Miami’s ruling king of the underworld. After a Dickensian childhood in an Orthodox Jewish orphanage in Philadelphia, Ben made his bones with the Chicago mafia, earning his nickname – “The Butcher” – along the way. Ben swings from breezy charm to brutality in a blink. Ben murders with a smile. He has strange and terrifying sexual appetites that he feeds without conscience. His two wives died in surgery while he watched. Ben Diamond has the crazed, blood-lust elegance of a Roman Emperor. He’s also Ike Evans’ business partner. When Ike needed more money for the construction of the Miramar Playa, savvy Ben saw an opportunity and became a silent investor. Their completely hidden arrangement has suited both fine for years, but now Ben wants more. Political upheaval in Cuba has done expensive damage to the mafia’s casino business there, and Bens under increasing pressure from Chicago to find new revenue streams. So Ben has returned to Miami, with a beautiful young wife in tow, determined to squeeze every penny he can from the Miramar Playa. With or without Ike Evans.[1]

Danny Huston as Ben Diamond
Add a photo to this gallery

Retrieved from "https://magiccity.fandom.com/wiki/Ben_Diamond?oldid=5269"
Community content is available under CC-BY-SA unless otherwise noted.